Marine Donut is a donut-shaped closed fish farm. It prevents escape and contamination, and minimizes the risk of disease, algae and sea lice. The need for antibiotics and other medicines and preparations is significantly reduced. As a breeder, you get full control over the fish and the environment through digitization and monitoring. You also have good control over the efficient feed factor, which further reduces costs.

Marine Donut is a flow system that exercises the fish, where the flow can be adjusted according to the breeder's desire. This recreates the environment that the salmon experiences in the rivers. The dimensions and geometry are designed the way the salmon likes best and with the right pressure in terms of depth. The design provides good fish density throughout the facility - not just the upper part.

Marine Donut is the result of engineering at its best. A pilot plant has been tested in the pool at SINTEF and it is now ready for commercialization. Mowi ASA has been granted two development licenses by the Norwegian Directorate of Fisheries exclusively for the Marine Donut concept. The facility is tailored to fit and utilize the expected licensing and production regime of the future, and can be used for the production of both post-smolt and market fish.

Marine Donut consists of a closed breeding unit shaped like a donut (torus). The main structure is made of High Density Polyethylene (HDPE) and acts like a tight barrier against the external environment to prevent lice infestation and infection into the plant. Marine Donut has floating pipes at the top and bracing pipes at the bottom in addition to vertical ballast tanks on the sides. This allows the system to be raised and submerged. On top of the facility, there will be a working platform. The plant has a solution for collecting sludge as well as inlets below the sea lice belt. Marine Donut is designed to withstand high exposure to both waves and currents. It is just as suitable for breeding yellowtail kingfish in the tropics as salmon and trout in colder waters.

Marine Donut is in a commercialization phase and if you want more information, you are welcome to contact us.

We expect Marine Donut to become a very attractive technology, especiallywhen the new Norwegian aquaculture strategy is launched in the summer of 2021. Marine Donut also enables production within the traffic light system in a better, more profitable way. Our goal is to show that technology is cost-effective today, by choosing the right production strategy.

Marine Donut can be used in these Production Strategies 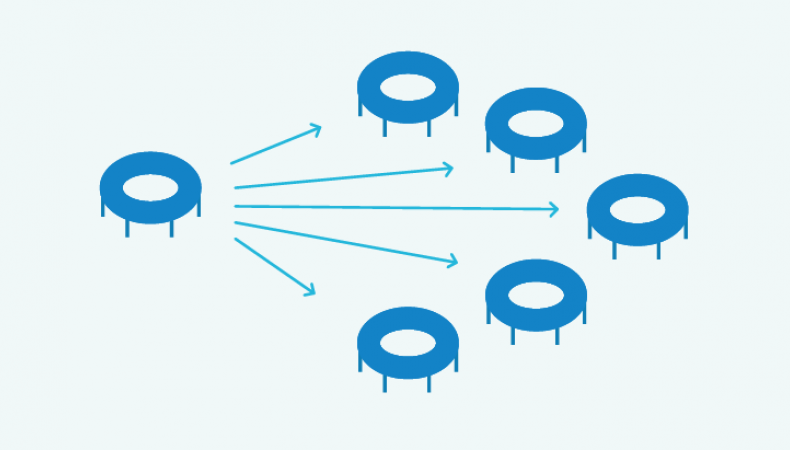 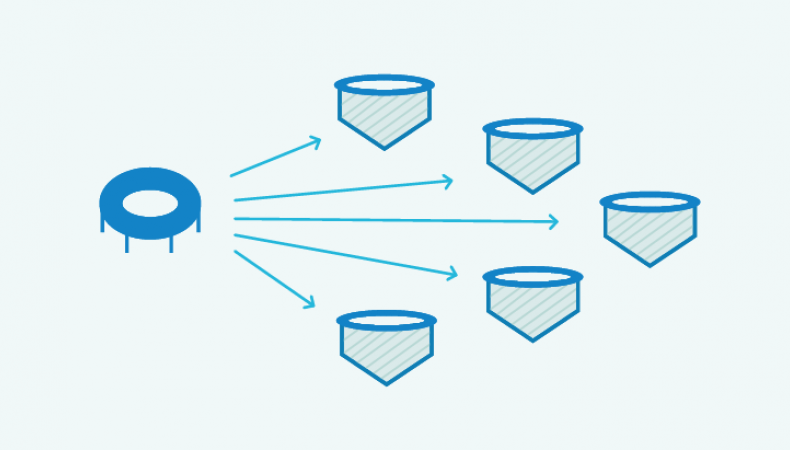 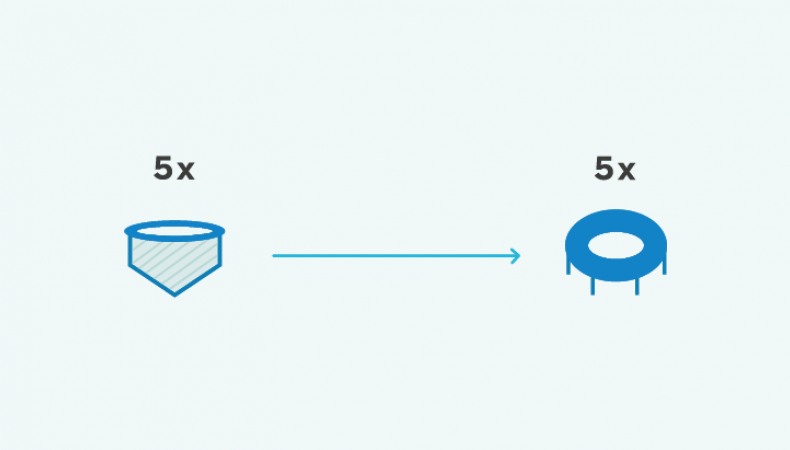 In areas with a large lice infestation, Marine Donut can work well for the last phase, where the fish grows from about 2.5 kg to 5.5 kg. 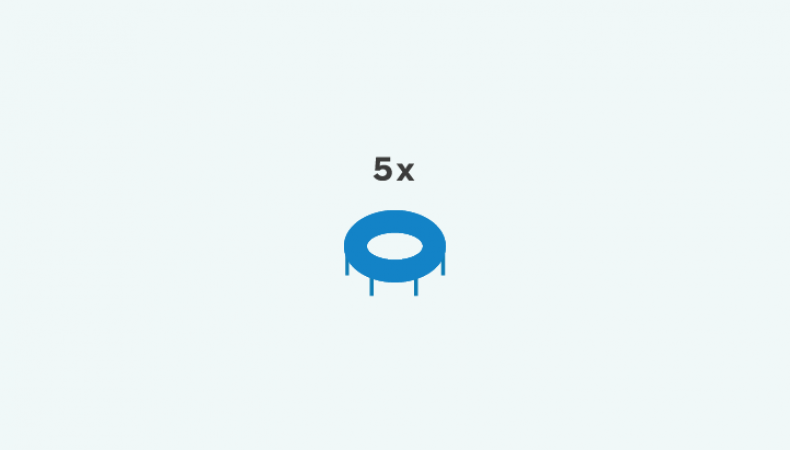 Marine Donuts can also be used throughout the production phase from smolt to ready-to-slaughter fish. 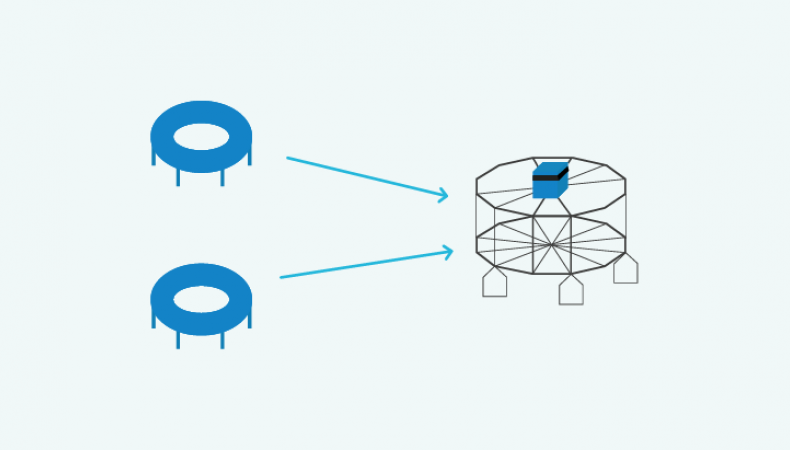 Marine Donut is a good alternative for producing post-smolt for off-shore fish farms. 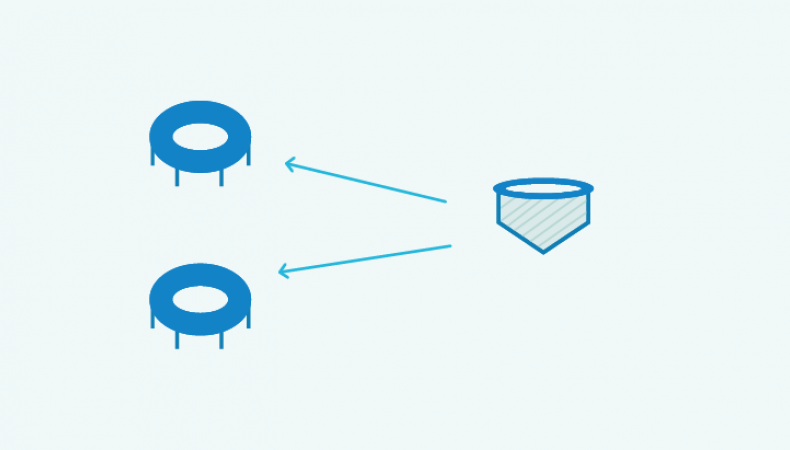 The flexibility of Marine Donut means that it will also work well as a pre-slaughter cage.

Available research results indicates that Marine Donut will give:

Better feed conversion ratio and the possibility of collecting sludge.

Increased fish density due to control and monitoring. 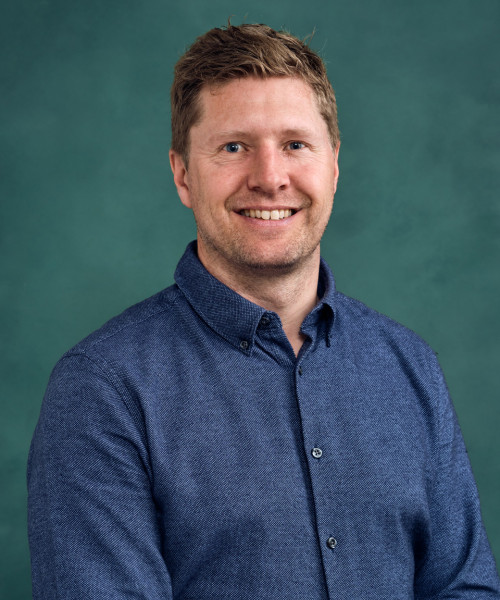 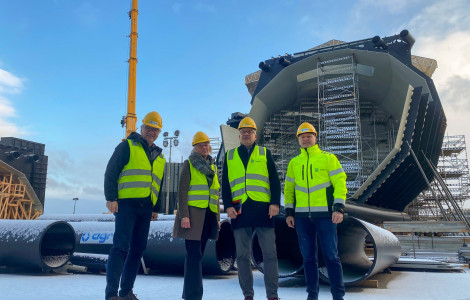 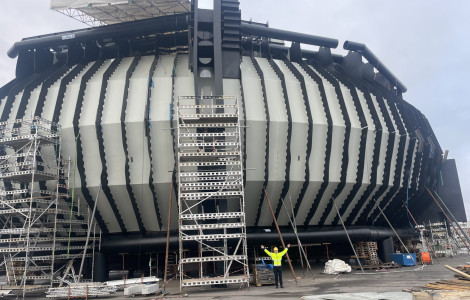 iLaks reports: Bluegreen is happy about the contract with SalMar

The industry media iLaks.no visited Bluegreen last week. They were given a tour of the facility where Marine Donut is being built, and a good chat with our managing director Nils-Johan Tufte. 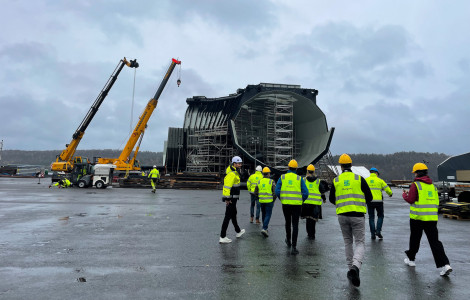 The Directorate of Fisheries on Donut inspection

Salmon lice, escapes and access to area are among the challenges the Directorate of Fisheries sees within the aquaculture industry at present. They hope new technology can help solve these challenges, and are pleased that the Marine Donut concept is now being realised.